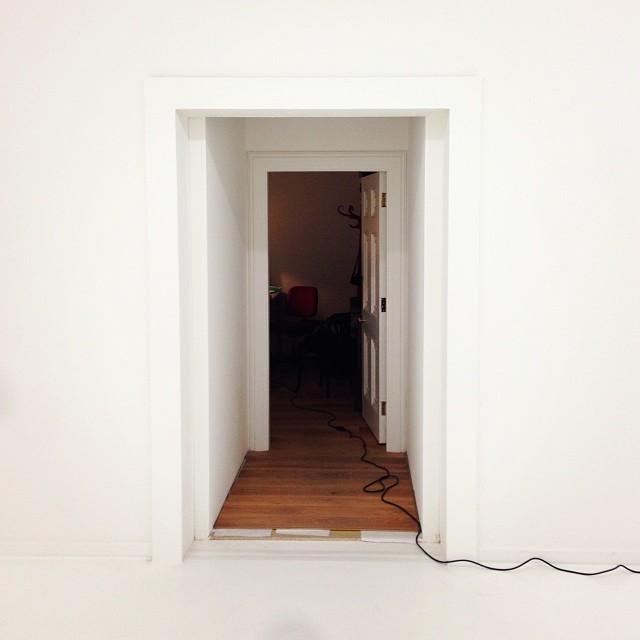 !Mediengruppe Bitnik sniff out surveillance cameras in public space and bug the Zurich Opera. Recently they sent Wikileaks founder Julian Assange a parcel with a camera which transmitted an image of its whereabouts to the internet every 10 seconds. The parcel was a system_test in a highly tense diplomatic crisis. Is it possible to break through the physical barrier to Julian Assange, who is stuck at the Ecuadorian Embassy in London because of an impending extradition to the USA? Would the parcel arrive? Or would the British Authorities intercept and destroy it?

This live Mail Art Piece called «Delivery for Mr. Assange» constitute the core of the solo exhibition at Helmhaus Zürich.

And although the continuation of the piece has not yet reached its destination at a Bahraini prison: The «postdrone» as !Mediengruppe Bitnik call the parcel, which they sent to the imprisoned Bahraini human rights activist Nabeel Rajab, fulfilled its purpose: As a metaphor for invisible and disembodied movements in digital networks - and for their potential for surveillance.

For their first solo show in Zürich since 2007, !Mediengruppe Bitnik use three rooms at the Helmhaus to further develop their postal metaphor. Through this they show what whistleblowers like Edward Snowden do in the abstract - but only artists are capable of making tangible.

Curator Daniel Morgenthaler in discussion with Felix Stalder,
Prof. of Digital Culture at the Zurich University of the Arts

!Mediengruppe Bitnik and invited artists talk about a critical approach to technology, the supposed freedom of the Internet and the potential of art after Edward Snowden.

In cooperation with :digital brainstorming, a series of events organized by Migros Cultural Percentage