In Summer 2008, the !Mediengruppe Bitnik built the first pirate TV station of Jamaica. The project was hosted by the Container Project, a media lab situated in Palmers Cross, a rural community near the south coast of Jamaica. In a three-week workshop we built a low-range TV broadcasting system from affordable standard components. Once set up, the pirate TV became a playing field for artistic experimentation. 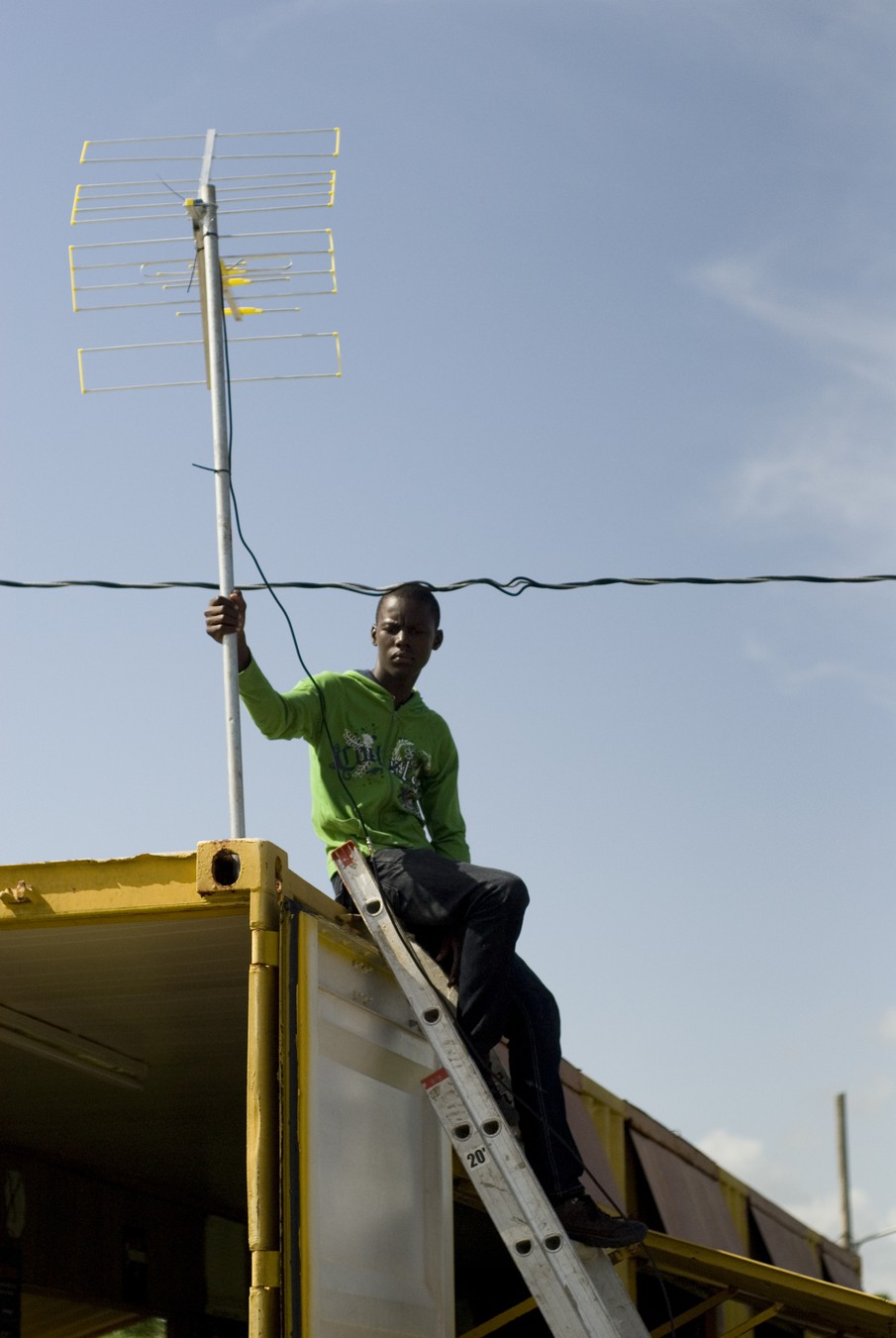 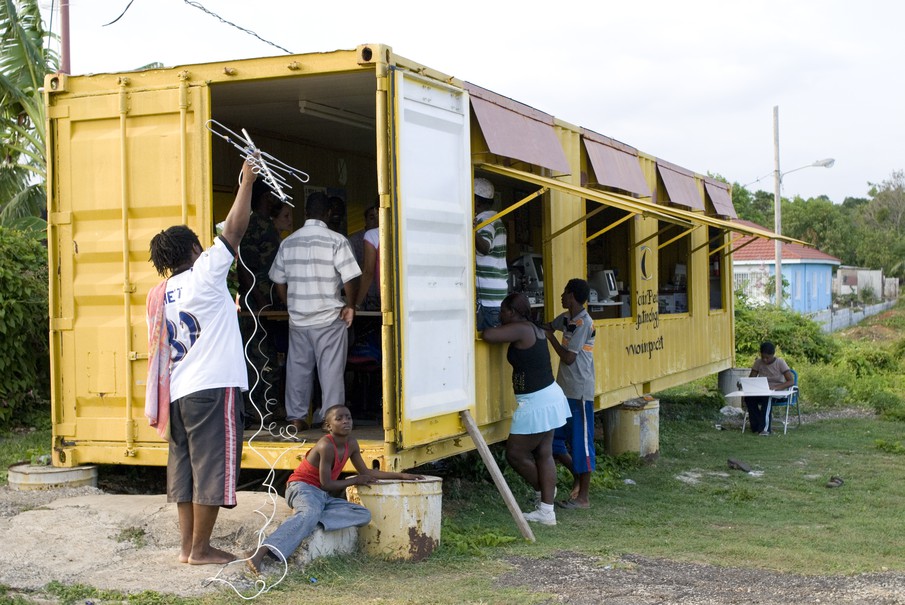 Broadcasting Pirate TV in big parts of the island

Together with artists, musicians and youths at the container project, we assembled the TV station, configured the editorial software and produced a station jingle and started pre-producing content for broadcasting. We planned a first 3 hour broadcasting programme for the evening of 22 August 2008.

While testing in the afternoon, we tried to determine the range of our micro station. Participants from the container project called friends and neighbours, asking them to check whether they received our signal on their television sets. The neighbours nearest to us received a crisp signal and quite enjoyed watching the beat-boxing and camera testing that was going on.

When we called neighbours further away, asking them to zap through their channels, they didn't receive our signal on the designated channel, but on the channel of one of the national Jamaican TV stations, with a time-lag of around 30 seconds: By accident, our signal had hit one of the near-by relaying antennas, the antenna had picked up the signal and had distributed our signal to big parts of the island, wiping out the national TV station and broadcasting our station instead! 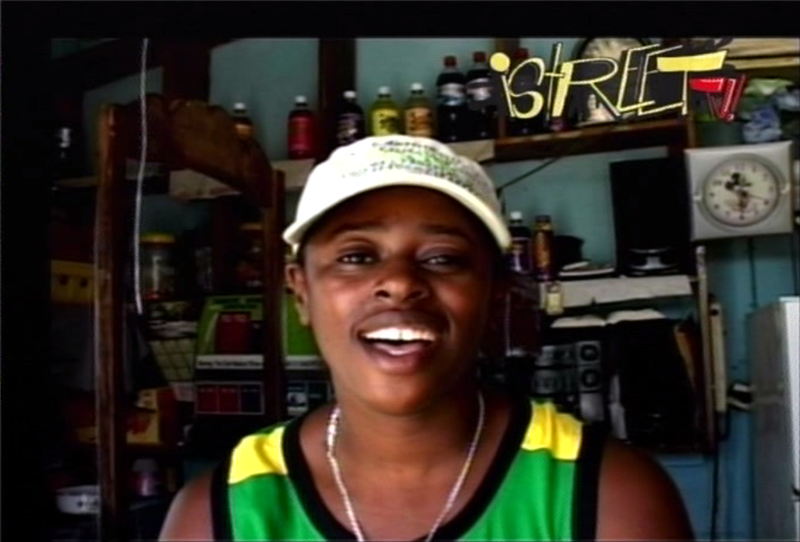 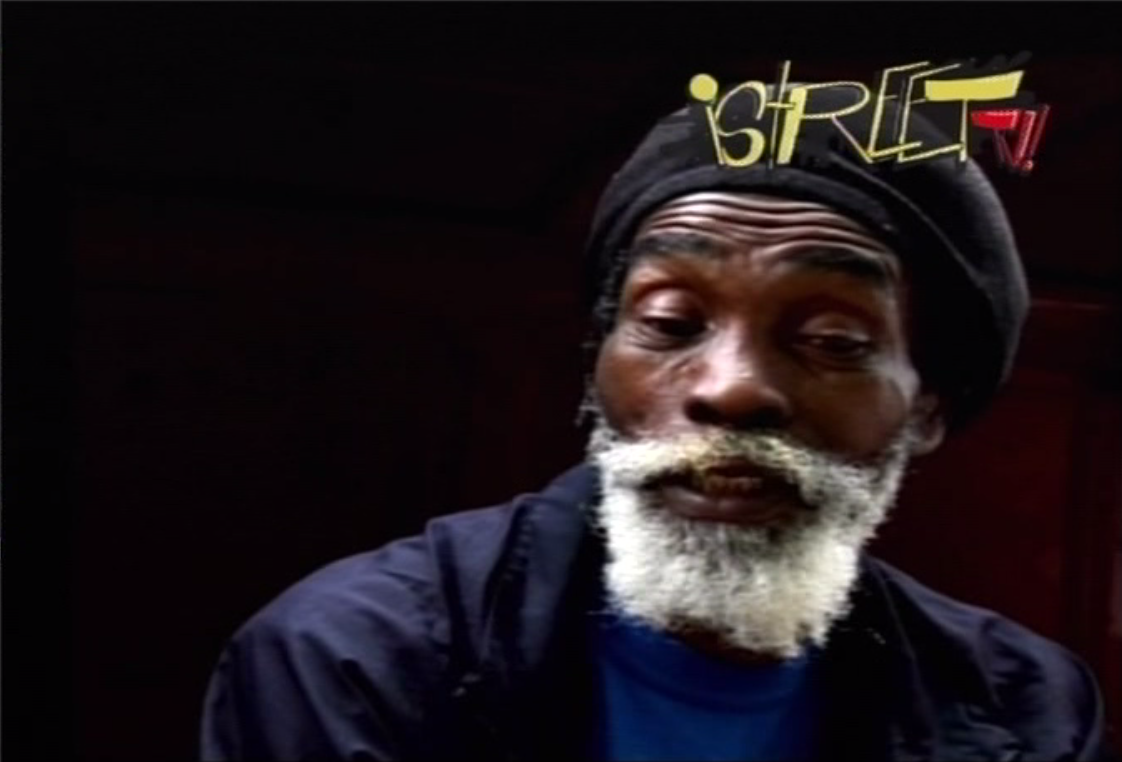 Stills of the TV program